By Jamie Wallace on February 13, 2020 in Newsletter 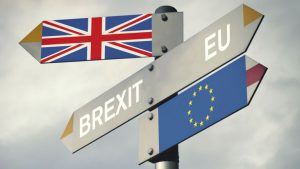 Within the EU, since July 2013 the CE marking of construction products has been mandatory. These products are typically tested to their respective Harmonised European Standards (hENs). Not all construction products have a respective hENs such as anchor bolts, sewer pipes, floor tiles, wood screws etc, however can be tested to a European Technical Assessment (ETAG) as appropriate to the product. The ETAG testing is based on the relevant European Assessment Documentation, which allows the product to be tested. The manufacturer can then produce a declaration of performance for the product, affix a CE marking to it and market it within the EU.

The CE certification of construction products was introduced to harmonise product testing and standards, while eliminating trade barriers for manufacturing and construction companies throughout Europe. This would in turn increase competition throughout Europe and provide the end user with increased value for money.

Due to Ireland’s proximity and close links to Northern Ireland and the UK mainland, a large proportion of the building products being used in the Republic of Ireland originate from the UK. Product suppliers like Quinn Group, Kingspan, Klargester, Gyproc, Tata Steel, Ancon, Keystone and many others, send construction products to Ireland from Northern Ireland and the UK on a daily basis.

This poses a lot of unanswered questions for Irish Engineers, Architects and Building Surveyors who find themselves within a certification role, particularly if it overlaps with Brexit, and in the post Brexit era. A transition period has now been agreed between the EU and the UK until the end of 2020. If an amicable agreement can be reached (ie a Brexit with a Deal), one can only assume it is going to be business as usual. On the flip side of this, in the event of a “No Deal Brexit”, the European Commission will determine the arrangements for UK products on the EU market.

To minimise the loss of business, some UK companies have anticipated the effects that Brexit will have on them and have tested or transferred their current certification to a Notified Body within the remaining EU member states. One such example would be the Kingspan K8 Cavity Wall board. Its current Declaration of Performance states that its notifying body is “FIW München”. This will allow them to provide uninterrupted supply of certified products to their customers regardless of the Brexit outcome. On the other hand, it is suspected that some product suppliers have not yet transferred their certification to a notified body within a remaining EU Member state. On review of the Declaration of Performance published by Simpson for their ‘Wall Ties’, the notified body is stated as being the “Lucideon” Test Centre in Staffordshire in the UK. To use this product in an EU member state post Brexit (and after the transition period till the end of 2020), in a “No Deal” scenario, the notified body would have to be one within the remaining EU member states.

In a “No Deal” scenario, post Brexit is where the hard work will begin for certifiers. From this point forward certifiers would have to review both the performance of the products, and the status of the certifying body to ensure that it is located within one of the remaining EU member states.

The UK has indicated for manufacturers that want to produce products for their domestic market only, a similar certification system will exist which will be identified by the certification markings of “UKCA”, and will adhere to the same standards as the products available in Europe with a CE marking. The UK has developed these contingency plans in the event of a ‘No Deal’ scenario, however this will inevitably lead to a divergence in standards and testing over time.

For Irish manufacturers of products, which had them tested by a notified body registered in the UK, it is advisable to make arrangements with a Notified body within a remaining EU member state to have the accreditation transferred until its expiry date. This will ensure that these products can be marketed within the EU, unaffected by the outcome of Brexit. Industry indicates that the accreditation transfer will attract a nominal transfer fee.

Unfortunately, clarity is not expected regarding any Brexit related matters until late in 2020.

View us on Google maps.

Walsh Design Group is an established firm of Consulting Civil and Structural Engineers. The business was founded by Michael Walsh in 1995 and quickly progressed … Learn more